We all knew the day would eventually come – YouTube has finally offered its viewers an ad-free online subscription across mobile, desktop, tablet and connected TVs. Unveiled as YouTube Red, the subscription option will go live in the US starting October 28 with Sweden and other countries expected to follow further down the line in 2016.

In a nutshell, YouTube Red will cost subscribers $9.99 a month to view ad-free content while also providing new users the ability to download videos to view offline and switch apps while still listening to music videos. Additionally, it will create exclusive content from creators, and original movies. YouTube has already announced scripted series in 2016 from content creators PewDiePie, Lilly Singh, The Fine Bros. and Toby Turner. YouTube Red subscribers will also have ad-free access to YouTube Music service that works hand-in-hand with Google Play Music, so subscribers of either service will have access to the other.

Initial response to the announcement has been mixed between concern, confusion and excitement. As YouTube begins to shift from an ad-funded video hosting service into the likes of Netflix, Viaplay, Spotify and HBO, many users are questioning the cost of the subscription saying YouTube has now lost its ‘cool’ factor by turning into a premium and polished platform.

For the big content creators on YouTube, this new change has not been a problem – in fact many view it as a way to supercharge their channels. However the other 99% mid to low-level content creators are left to their own devices not knowing how this will affect their channels with the majority signing the Red agreement without much say or choice in the matter.

YouTube Red now means advertising will no longer be the only way for YouTube and content creators to make money – they will now have the added benefit of cashing in on the subscription revenue. However, advertisers should not be concerned with the new subscription service, or at least not yet.

The big question circling the Red service hinges on the uncertainty of what changes in traffic and audience it will bring to all of YouTube. Who will this new audience be? For most people adding another subscription on top of Netflix, HBO, Viaplay, Spotify etc. for a service that already exists, might not make that much sense. For others, the simple relief of not having to sit through another YouTube ad justifies the $9.99 fee. Unfortunately for now, we will have to wait and see in the next few months which viewing groups will spend their hard earned cash to break away from YouTube to join the Red team.

So will you pay to never see another ad on YouTube again? 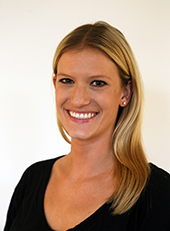